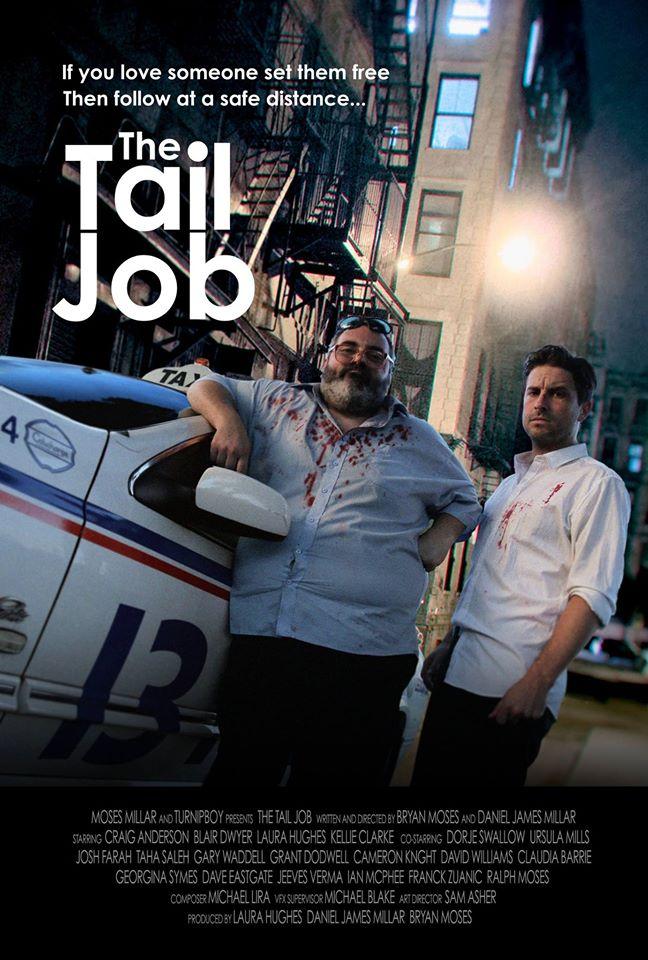 “The Tail Job” is a quirky comedy about a man Nicholas, who spends the night in a cab on a goose chase, following his fiancé who he thinks is cheating.

The film is well cast, especially the cabbie Trevor,  played by Craig Anderson who  uses road rage and tricks to keep the meter running. And Blair Dwyer who plays the jealous boyfriend Nicholas who buys into every lie the road raging cabbie tells him resulting in some crazy situations. Some scenes are a bit too long but the story is solid and wraps around to it’s hilarious logical conclusion.