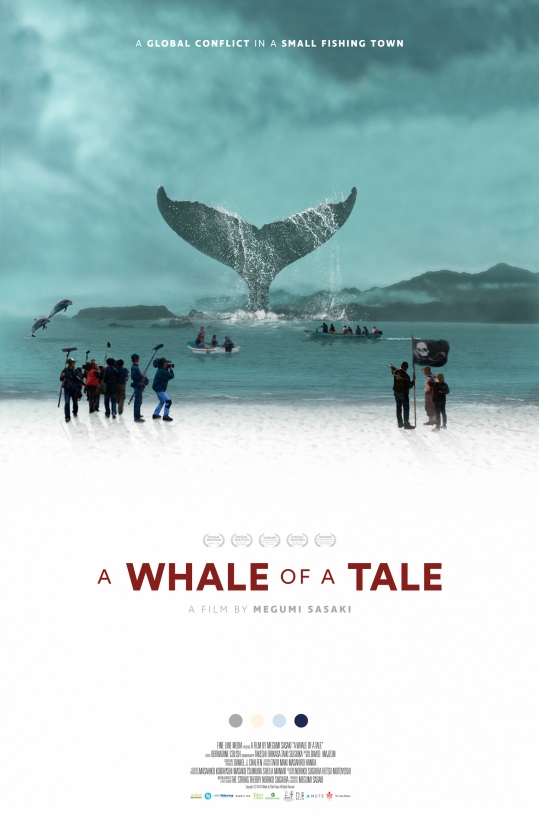 The year 2009 saw the release of “The Cove”, a harrowing documentary about the Japanese village of Taiji and their barbaric practice of ritualistic whaling. Nearly ten years later, “A Whale of a Tale” strives to set the record straight.

“A Whale of a Tale” documents the journey of Jay Alabaster, an intrepid journalist sent to Taiji to take a more comprehensive look at the issues that “Cove” brought to light. He interviews and befriends the villagers, learning how the village came to prosper and how dolphin and whale hunting became such an integral part of their culture.

The message of “Cove” is simple; whaling is bad and the people of Taiji should be ashamed for doing it. But “A Whale of a Tale” presents the issue in a far more nuanced, even-handed manner. Though it doesn’t dismiss the legitimate concerns of the western anti-whaling activists who have taken root in the village, it allows us to view the people of Taiji in a more sympathetic light. Abolishing whaling, as we learn, would force them to give up not just a cornerstone of their tradition, but also an invaluable source of food.

One remarkable aspect of the film is that Jay, the journalist we follow, seems far more intent on listening than speaking. There are long stretches of the film with no narration at all, as Jay lets the villagers say their piece. Over the course of the film, he – and by proxy, we – learn about the divergent cultural evolution between the United States and Japan, leading us to question whether our outrage at Japanese whaling is motivated by genuine benevolence or a simple lack of perspective.

This, at its core, is what”A Whale of a Tale” is all about – the virtue of listening. It’s about the willingness to provide a voice to a community that has been talked over and shouted down for years, and the value of being willing to hear out those you disagree with. “A Whale of a Tale” was  released on VOC exclusively on iTunes in the US, Canada, and UK on Tuesday, 30 October 2018

A WHALE OF A TALE
Documentary | 97 Minutes,

A Whale of a Tale (US Trailer) from Fine Line Media on Vimeo.

If you like what we do and the articles that we publish then please take a moment to read and support The Dreamweaver Artists Retreat.

Thank you so very much for your support and patronage.