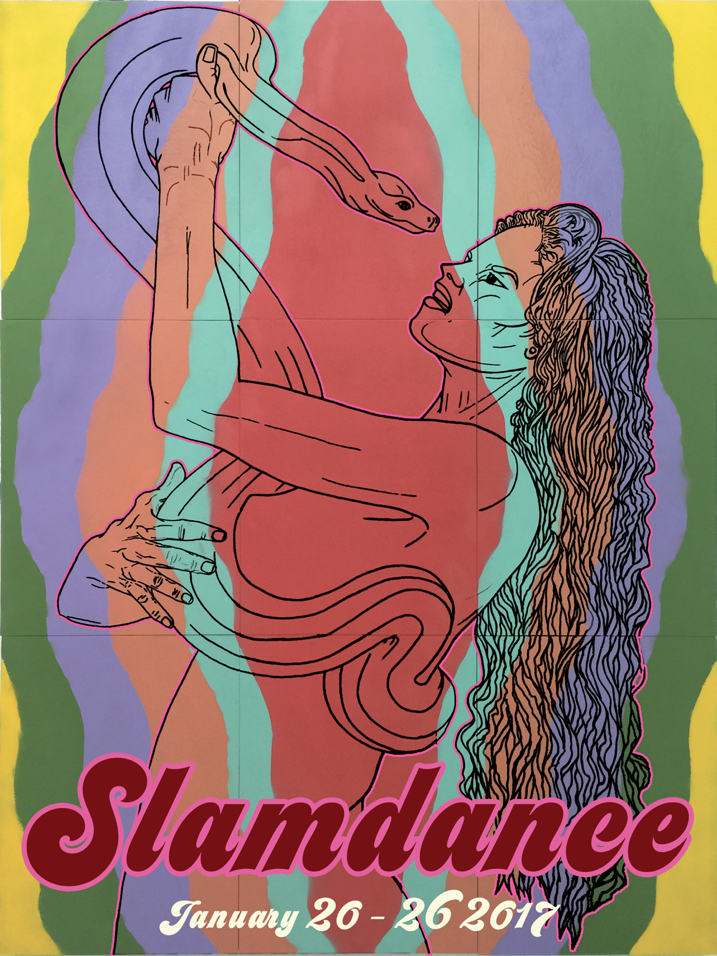 The Slamdance Film Festival announced today their Narrative and Documentary Feature Film Competition programs for its 23rd Festival edition, taking place in Park City from January 20-26, 2017. Driven by a dedication to emerging artists, Slamdance continues to be the premiere film festival by filmmakers, for filmmakers.

“As filmmakers themselves, the Slamdance programmers and staff share the same creative spirit as the festival artists. Our stories are different but our divergent attitude is the same.” states Co-founder and President, Peter Baxter. “Together, we give a voice to DIY filmmaking. Empowering emerging artists is what we do, and you are about to see a great group at Slamdance 2017.”

This year the festival will showcase 11 narrative and 8 documentary features from emerging storytellers across the globe.

“Slamdance gives a platform to artists working outside of the system—we pride ourselves on supporting filmmakers who create challenging work,” says Festival Manager, Clementine Leger. “We feel so fortunate to welcome these artists and their works into our community.”

The feature competition lineup includes 16 premieres—12 World, 3 North American, and 1 US premieres. All competition films are feature film directorial debuts with budgets of less than $1 million USD, and without US distribution. All films were reviewed by a team of Slamdance alumni and are programmed democratically.

Jury Awards are presented for the Best Narrative Feature and Best Documentary Feature. Previous winners include: THE MILLION DOLLAR DUCK (Best Documentary Feature, 2016) and DRIFTWOOD (Best Narrative Feature, 2016). Films in both categories are eligible for the Audience Award and Spirit of Slamdance Award, the latter of which is voted upon by this year’s presented filmmakers.

Aerotropolis
(Taiwan) World Premiere
Director & Screenwriter: Jheng-Neng LI
Allen invested everything into a beautiful home to flip for profit only to have it languish on the market, turning his daily life into a haze of financial pressures and an erosion of reality.
Cast: Chia-Lun Yang, Jui-Tzu Liu, Chong-Cyuan Huang, Chin-Yu Lin, Sih-Mei Liou, Ting-Li Bao, Chieh-Wen Deng, Zaw Lin Htwe

Beat Beat Heart
(Germany) North American Premiere
Director & Screenwriter: Luise Brinkmann
Daydreaming her way out of a broken heart, Kerstin’s denial as well as her days are shaken up with the arrival of her mother, dealing with her own relationship’s demise.
Cast: Lana Cooper, Saskia Vester, Till Wonka, Aleksandar Radenkovic, Christin Nichols, Jörg Bundschuh, Caroline Erikson

Bogalusa Charm
(USA) World Premiere
Director: Stephen Richardson; Screenwriter: Jennifer Harrington
Through the lens of an anachronistic charm school that has existed for almost three decades in rural Louisiana, we explore a town confronted with contemporary issues of class and race.

Hotel Coolgardie
(Australia)
Director: Pete Gleeson
Somewhere between Australia’s most isolated city and it’s largest gold pit lies Coolgardie, where the arrival every three months of a new pair of foreign female backpackers to work the only bar in town is keenly anticipated by the town’s hot-blooded males.

Strad Style
(USA) World Premiere
Director: Stefan Avalos
A rural Ohio eccentric with an obsession for ‘Stradivari’ convinces a famous European concert violinist that he can make a copy of one of the most famous and valuable violins in the world. Fighting time, poverty, and most of all – himself – Danny Houck puts everything on the line for one shot at glory.
Cast: Daniel Houck, Razvan Stoica, David Campbell, Rodger Stearns, Mary Houck

The 2017 Slamdance Artwork was created by artist Tommy C Burns

Slamdance is a community, a year-round experience, and a statement. Established in 1995 by a wild bunch of filmmakers who were tired of relying on a large, oblique system to showcase their work, Slamdance has proven, year after year, that when it comes to recognizing talent and launching careers, independent and grassroots communities can do it themselves.

Slamdance alums are responsible for the programming and organization of the festival. With a variety of backgrounds, interests, and talents, but with no individual filmmaker’s vote meaning more than any others, Slamdance’s programming and organizing committees have been able to stay close to the heart of low budget and do-it-yourself filmmaking. In this way, Slamdance continues to grow and exemplify its mantra: By Filmmakers, For Filmmakers.

In addition to the Festival, Slamdance serves emerging artists and a growing audience with several year-round activities. These include the popular Slamdance Screenplay Competition, the traveling On The Road screening events, the Anarchy Workshop for student filmmakers, and The ArcLight Presents Slamdance Cinema Club – a monthly cinema club partnership with ArcLight Cinemas based at the ArcLight Hollywood and ArcLight Chicago, with two screenings and filmmaker Q&A’s each month:
www.arclightcinemas.com/en/news/arclight-presents-slamdance-cinema-club

In January 2015, Hulu partnered with Slamdance Studios to offer a new film collection from Festival alumni. The nascent but already profitable venture allows viewers to access Slamdance Studios on Hulu at www.hulu.com/companies/slamdance

Slamdance Presents is a new distribution arm established to access broader distribution of independent films. The goal is to build the popularity of independent films and support filmmakers on a commercial level through theatrical releases. In August 2016, Slamdance Presents launched the week long release of Claire Carré’s feature sci-fi film, Embers, at ArcLight Cinemas Hollywood. Steve Yu’s The Resurrection of Jake The Snake was the first film to be released by the company. The documentary reached number one on iTunes in December, 2015.